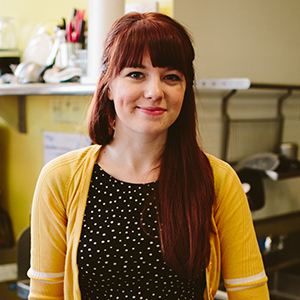 This piece of writing is taken from an African American Literature course. I chose to include it in this project because I think it encapsulates what we are taught to do in this program in terms of analytical research.

Research Question: What was Helga Crane’s psychological state throughout the novel and

at the time of her death?

Why this novel? Why this question?

Of all the reading that we have tackled this semester, my favorite piece is Quicksand by

Nella Larsen. The character of Helga Crane, though extremely frustrating and problematic, was enticing due to her constant struggle with self-identification. I was always anxious to see both where her discomfort with life would take her next and if she would, or even could, find happiness. I found myself deeply saddened after reaching the rather unsatisfying conclusion of the novel. Though she was only a fictional character, I was concerned with her psychological state. Was she doomed to eternal entrapment inside the yellow wallpaper?1 Was she ever to reach an awakening or was she only able to succumb to a sea of self-effacement?2 Like many female characters before her, searching for individuality in a world of strict social and assumed racial roles, Helga Crane seemed destined to a life only of internal sadness. Perhaps, sadness would not even do. Perhaps, Helga, like her predecessors, could only find an iota of happiness by detaching herself mentally and physically from her societal expectations. This awareness left me

1 This is a reference to Charlotte Perkins Gilman’s “The Yellow Wallpaper”.

2 This is a reference to Kate Chopin’s The Awakening.

wondering about Helga’s psychological state, not just at the end of the novel, but throughout. What exactly was the root of her internal struggle?

In searching for an answer to my question, I began with the Halle Library databases which have always served me well. I started with JSTOR and discovered an article of great assistance to my effort titled “Death and Desire in Quicksand by Nella Larsen” by Claudia Tate from the journal of American Literary History. There was not a wealth of information on this topic, but this article was almost 30 pages and well-stocked with useful information for my question. All semester long, I have been interested in the psychological aspects of almost every character I have come upon. However, I was particularly interested in looking at this in terms of female characters. It seemed that it was always the women in these novels who went crazy (i.e. Edna Pontellier in The Awakening and Jane in “The Yellow Wallpaper”). At first, I summed this observation up to narcissism, so my initial search had to do with narcissism in Quicksand. There were a few reviews, but nothing very concrete. I decided to broaden my search by replacing ‘narcissism’ with ‘psychoanalysis’ and this article was discovered.