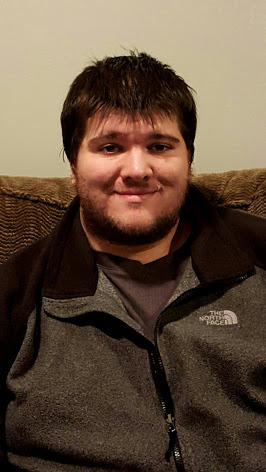 This excerpt is from the final essay I wrote as part of the Senior Seminar. It combines a topic that interests me, truth and different perceptions of truth, and draws on different elements of philosophy in order to form a thought that is bigger than a close reading of a novel
The Price of Empathy: Objectivity and Subjectivity in Night Train

The main character in Martian Amis’ Night Train, detective Mike Hoolihan, demonstrates that the only way to reach a complete emphatic understanding of another is to combine objective input with subjective instinct. Amartya Sen wrote an article, “Positional Objectivity,” where he includes subjectivity in a concept that he calls ‘positional objectivity.’ A person is able to think objectively from their perspective, and even though it is from an individual’s perspective doesn’t mean that they are thinking subjectively. The things that we commonly associate with being objective are the product of something Sen calls “trans-positional objectivity” where a bunch of positional objectivities are combined with a similar outcome from every unique position. In Thomas Nagel’s book “The View From Nowhere” he talks about how objectivity needs to be independent of the individual. This is more in line with what we colloquially think of as objectivity, concepts that do not originate from a particular point of view, but somewhere on its own.
Positional objectivity is able to help the reader understand Jennifer’s mindset when she committed suicide, as well as demonstrating the divide that the two characters have in their views of the world. Both Jennifer and Mike exist in opposite, extreme ends of society. Mike sees the world with easily identifiable dividing lines between people. She is unable to pass judgment on the criminals she pursues because “It’s not the worst thing she’s seen.” Jennifer sees the world in the context of the whole universe and realizes that the best that the world has to offer isn’t that impressive in the context of the whole universe.
Nagel’s concept of a “view from nowhere” helps the reader understand why almost everyone is willing to accept the ultimately false narrative of Jennifer as the seemingly happy girl who is hiding severe depression. She decides to end her life because she can’t handle it any more. This isn’t enough for Mike, Jennifer’s police family must be relevant to the case.
This combination of objective thought and facts paired with Mike’s subjective instinct are what eventually break the case. Everyone else is left with a collection of facts and a false narrative that only builds them a plausible outcome, not giving them the true understanding that they claim to want.
The reader has to combine these view points along with their own in order to create the “trans-positional” objectivity or truth. They need to see the scope by which Jennifer measures the universe and its confining nature, while also understanding that the distance between people isn’t as simple as their physical distance from one another. Most people never get close to one extreme or the other, they aren’t the greatest lover and they aren’t the dregs of humanity. Both women are right in their own way, but both are fundamentally flawed. By killing off Mike at the end of the novel Amis forces the reader to come to their own conclusions since neither of the ideas are left standing.
The question remains, if Mike and Jennifer are so different in their positional objectivity, how is Mike able to understand and comprehend the thoughts and feelings that Jennifer had at the end of her life? In order to gain a better grasp on how this works we need to shift our definitions of objective and subjective slightly. By looking at Thomas Nagel’s views in The View From Nowhere where he defines “objective” as an external force and subjective as an internal force (Nagel 4). According to Nagel: “a view or form of thought is more objective than another if it relies less on the specifics of the individual’s makeup and position in the world, or on the character of the particular type of creature he is” (Nagel 5). Being objective comes from something that is independent of one’s own viewpoint. It is a view from nowhere.
The reason that Mike is able to understand Jennifer is that throughout the course of the novel Mike is inserting herself into Jennifer’s life from her own perspective. Nagel claims that this work represents “an experience from the outside by imagining it subjectively is the analogue of representing an objective spatial configuration by imagining it visually. One uses ordinary appearance as a medium.” Mike is able to take a concept of Jennifer’s life and begin to understand it by reassembling it from her own position. Due in large part to the segmented and clearly defined nature of Mike’s view, she is able to know which pieces to assemble to recreate a working model of Jennifer’s life on a fundamental level. She is able to clearly label the differences between them. Mike is able to create a model of what was going on with Jennifer.