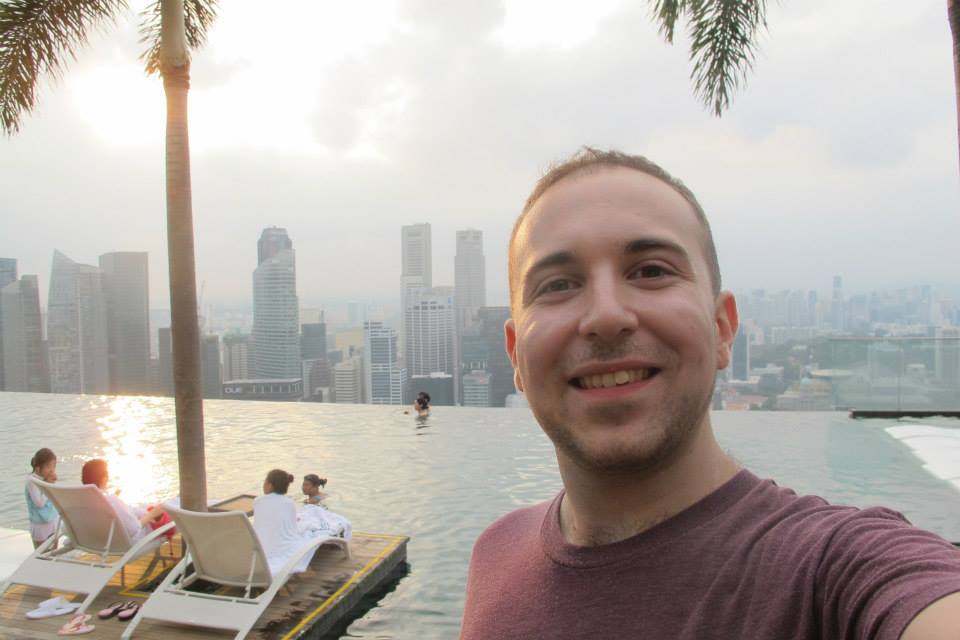 I’m including this piece for Slughorne because it was an incredibly fun piece to write. In this major you do get the chance to write about whatever interests you and that freedom is one of the reasons I picked the major in the first place. Take your education seriously, but remember to have some fun with your assignments. Here’s a link to the article that’s discussed below

Why The Fuck Aren’t You In Koh Rong

OffTrackPlanet.com is an offbeat, irreverent and even subversive online travel magazine. The most popular sections of the website are titled “Adventure,” “Party +Sex” and “Travel Porn.” This distinguishes the OffTrackPlanet brand from the more mainstream guidebooks such as Lonely Planet, and markets to an audience of travelers in their early twenties who are seeking unconventional travel advice.  One of the articles on the website, “Why The Fuck Aren’t You in Koh Rong?” deftly persuades the international motley crew of backpackers to visit the often overlooked, mostly unspoiled island of Koh Rong, located on Cambodia’s southern coast. Short and to the point, the article gives a brief overview of the island and information necessary to a traveler, such as the available accommodations, nightlife, and volunteer opportunities. Utilizing an informal, conversational style in the second person, vivid photographs and a repetitive organizational structure, Cheresson attempts to persuade the reader that Koh Rong is an exotic, authentic and must-see alternative to the “beaten pancake trail” of Thailand (Cheresson, P1).

From the first word to the last, this article defies the normal conventions of impartial, objective travel writing, and engages the reader in a conversation. It begins and ends with the title, “Why The Fuck Aren’t You In Koh Rong?” This bookended rhetorical question is addressed to the reader. The use of the pronoun “you” makes the article more personal, while the use of informal language such as “fuck” intensifies the urgency, arrests one’s attention and establishes the character and credibility of the author. Cheresson continues to rely on rhetorical questions to involve the reader, even asking the reader to remember movie scenes or think back on childhood. It is easy to imagine the entire article taking place as a conversation at the Overstay Hostel in Bangkok with someone who just came back from the island and is explaining the basics. This is evident because of the numerous allusions to Thailand, the more dominant player in the Southeast Asian backpacking trail. Cheresson inserts these comments almost parenthetically, such as starting a sentence with “if you’re missing Bangkok already…” (Cheresson, P4). These references are important because they utilize a shared terminology and knowledge base that creates a rather exclusive audience. Cheresson also uses word play to further develop the informality and sense of humor as well as emphasizing her perspective and drawing attention to key points.  This is exemplified in the first header “Koh Rong, But It Feels So Right” (Cheresson, P1). Although originally the phrase “so wrong, but it feels so right” is often used for experiences that connote a guilty indulgence, switching “so wrong” to “Koh Rong” is a pun that links the feeling of guilty indulgence with the island paradise.  Another one of the headings, “Nightlife Schmightlife,” (Cheresson, P6) playfully uses a grade school rhyme scheme to imply that there is no nightlife on the island. However, as she continues, the reader might find this ironic, because there isn’t nightlife in the traditional sense, but Cheresson describes exotic activities ranging from bonfires on the beach to skinny dipping with bioluminescent plankton. This word play is always used to set Koh Rong apart as an alternative to the norm, as something exotic and authentic. This informal tone combined with a conversational style increases the likelihood that the article will resonate with OffTrackPlanet’s youthful and rebellious readership. Through the article’s use of the second person, rhetorical questions, word play and implied familiarity, Cheresson effectively creates a voice for the article that persuades a reader that Koh Rong is a destination that is real and authentic.

Cheresson uses the pictures to provide a context for the reader. However, the inclusion and omission of certain elements creates a manipulated portrayal of Koh Rong that emphasizes natural, almost primitive aspects to show Koh Rong as an escape from modern society. Of the six photographs, only one of them features  a human being. In all of the other pictures, while human structures are shown, any mark of society has been left out. This promotes Cheresson’s viewpoint of Koh Rong as an escape. The first photograph focuses on azure seas and green forests. There is a long white pier leading into the heart of the island, and this invites the reader to go on a journey and walk down this pier as well as continue into the article. Further pictures reveal fishing boats waiting in the sea, rustic bungalows and treehouses unoccupied, and delicious food. When the reader arrives at the final image, they see a Cambodian child playing next to a small fire on the beach looking away from the camera. There are no pictures of other travelers on the island, although the reader knows they exist because they have been mentioned in the informational paragraphs.  The images also progress in a linear manner. The first picture is taken from the vantage point of a boat. Next, the pictures are of the first scenes when you arrive, and they continue to progress as you venture deeper into the island and the article. This progression creates a narrative of adventure and escape that is irresistible to the reader.  The audience of OffTrackPlanet eschews traditional travel narratives in favor of the more high-octane, extreme and adventurous. The audience also craves authenticity. The lack of other travelers in photographs, the focus on pristine and natural subjects, and the narrative progression of the photographs creates a context vital to the article and promotes Koh Rong as an alternative to the mainstream.

Employing a simple, repetitive format holds the attention and removes distractions from the audience. This article is written for backpackers, and they aren’t necessarily reading this article on a full size computer. They’re reading this on phones and tablets and they’re also reading this on the move. It is vital for informational travel writing to be quickly scannable to allow for the reader to find the specific information they need. In addition, OffTrackPlanet.com is set up for readers to view a wide variety of articles at a quick pace to increase their ad revenues. Short and concise is key at OffTrackPlanet.com.  Cheresson consistently uses the same organizational pattern: a cycle of an attention grabbing header, a vivid photograph followed by an informational paragraph interspersed with humor and snarky side comments. This simple repetition frees the reader to focus on the content instead of the form,  while at the same time allowing the reader to find the information they need without having to search through the entire article. The large pictures and short paragraphs create a fast pace to the article, which lends a sense of harshness and abruptness. This appeals to the typical reader of OffTrackPlanet.com who seeks out uncomfortable experiences. The format of the article allows the reader to easily find pertinent information, focus on the content instead of the form, and creates a tension in the article that is appealing to the anticipated audience.

The closing sentence echoes the title, but after traveling through the article, the reader likely has a different reaction. Rather than a question, It is now an imperative statement that compels the reader to seriously consider making a trip to the island to experience this for themselves. Through the informal style, shared terminology, and second person perspective, Cheresson gains the reader’s trust, appeals to her audience and personally involves the reader. Through the use of vivid photographs, Cheresson has manipulated  the perception of Koh Rong into a primitive escape from modern society and created a sense of exclusivity for the few travelers that make it there.  Through the use of a repetitive format, Cheresson tailors her article for the needs of a digital nomad-backpacker audience, allowing them to quickly find information and also creating a sense of tension and abrasiveness that the reader finds appealing.